BALTIMORE, MARYLAND — The First Responders Network Authority will be receiving about $18 billion in payments from AT&T over the 25-year-term of its contract to build out and operate the nationwide FirstNet network for public safety. An estimated $16 billion of that is expected to be reinvested in the network, as is required under the law which established FirstNet.

So where is FirstNet going to direct those dollars?

FirstNet Authority officials gave a preview of the roadmap that the FirstNet Authority has been developing to guide its priorities for that network reinvestment, at the Association of Public-Safety Communications Officials-International International conference in Baltimore this week. The official documents are expected to be released by the end of this month.

Jeremy Zollo, executive director of enterprise strategy for the FirstNet Authority, said that FirstNet’s network reinvestment plan “doesn’t just mean dollars” — it also means FirstNet’s focus for where it will dedicate time, effort and resources to policy, processes and best practices that emerge from the public safety community.

“We have an opportunity as a nationwide organization to work with every level of government, and take advantage of folks that are already adopting and have lessons learned, and bring it back to folks considering [adoption],” Zollo said.

The roadmap includes four elements: a technology framework for understanding all the components of the FirstNet experience; incorporation of feedback from public safety about their needs; analysis of industry drivers and trends that will impact communications, as well as AT&T’s plans for the network; and identification of priorities that will guide FirstNet’s investment of both money and effort over the coming years.

In its priorities for coverage and capacity — which the agency said is a top concern of the public safety community — the Authority said that its focus is to:

-Advocate for changes in policies, codes and standards to facilitate in-building coverage enhancement.

-Grow and enhance FirstNet’s fleet of deployables, which currently includes 72 ground-based deployables and 3 unmanned aerial vehicles. FirstNet customers can request deployables for additional or emergency coverage during planned events or disaster recovery, at no charge. The FirstNet Authority said it will consider varying operational needs that could be addressed by deployables, as well as examine AT&T’s staging locations and see if changes could be made there to improve the responsiveness of the deployables program.

Brian Hobson, director at the Enterprise Strategy Office of the FirstNet Authority, also outlined four overarching “domains” on which FirstNet will focus:

–Situational awareness. Priorities in this area include “acting as a catalyst for the creation and evolution of mapping and display technologies that allow easy consumption of geo-location information,” and collaborating with industry and pushing for development of an ecosystem from standards to devices and 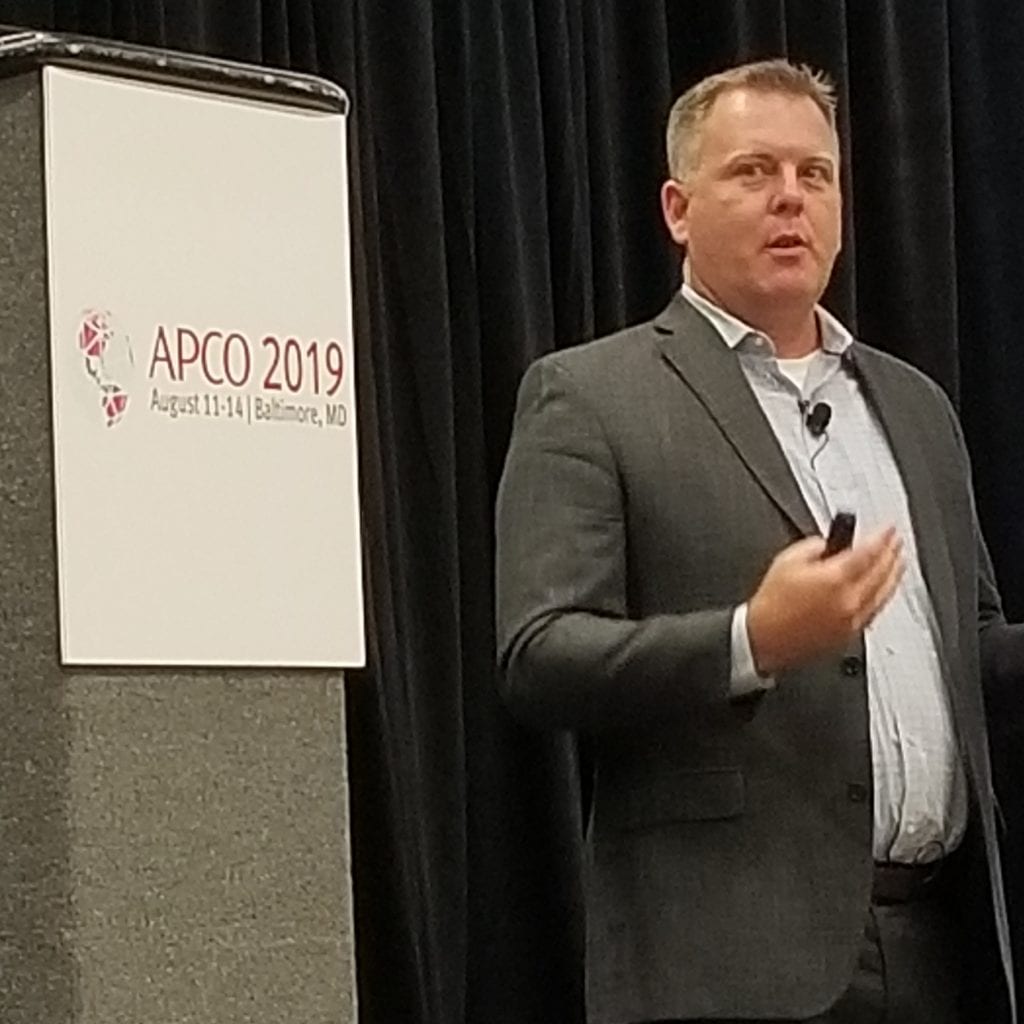 systems that collect, analyze and share information that improves public safety operations. FirstNet said that based on feedback, the public safety community prioritizes location services, including Z-axis information, that is easy to use; and need help understanding and bringing to bear best practices for new sources of information such as sensors, wearables and cameras.

–Voice communications. Although FirstNet was envisioned as a network that would initially provide data service to augment land mobile radio — because true mission-critical voice services in LTE were years off and would have to demonstrate absolute reliability and availability before public safety would adopt them — AT&T anticipates that it will be rolling out mission-critical push-to-talk in its network by the end of this year. Still, FirstNet Authority says that the network “is built with the expectation that public safety will continue to rely on land mobile radio” and that its priority in this area is to ensure that FirstNet voice capabilities are designed to interoperate with LMR. The Authority plans to continue playing an active role in 3GPP and other standards bodies which develop related specifications for LMR-LTE and dispatching technologies, and it said that it will advocate for continues implementation of MCPTT such as device-to-device communications, LMR-LTE interconnection and dispatch capabilities.

–Secure information exchange. The FirstNet Authority reported that public safety officials have both short-term and long-term priorities around data access, sharing, interoperability and cybersecurity, and said that “the need to share data transcends disciplines, jurisdictions and solutions” while public safety also needs standardized and consistent procedures for cybersecurity. The authority said it will assess industry standards for end-to-end security; focus on improvement and use of Identity, Credential & Access Management by evaluating real-world experiences; and collaborate across government for standardized governance and procedures that “simplify and integrate access and exchange of information with select national-level data sets.”

–User experience. User interfaces that are part of the FirstNet experience have to be tailored to public safety’s needs, and evolve accordingly — commercial devices don’t necessarily take into account things such as a firefighter’s ability to make out a device screen in a smoky room, or handle a touch-screen while wearing gloves, Hobson said. The authority said that it will advocate for development and use of applications that are “operationally sound, offer intuitive interfaces and interoperable collaboration,” as well as for development and use of devices (including specialized devices) that work in public safety operations. The authority also noted that providing priority service is one of the key aspects of the FirstNet network, and said it will prioritize improvement of performance and efficacy of priority service by evaluating it in real-world deployments, while developing case studies and analysis of performance with AT&T.

In developing the roadmap, Hobson said that FirstNet took into account other roadmaps and assessments of public safety needs and technologies that have been done by other organizations in recent years, as well as conducting a survey asking public safety official to rank the importance of specific aspects of communications technology — such as security, devices, applications, and mission-critical push-to-talk — in relation to one another and in the short-term and long-term.

In shaping its priorities, the agency also tried to take a realistic view of which parts of the telecoms and tech market where it was a small player in the overall landscape — such as wearables — and where it was a big player that could achieve meaningful outcomes through investments of its time and resources, he added. And the details of the roadmap, as well as the primary domains themselves, are expected to evolve over time because the roadmap will be refreshed annually.

“This is not something we’re going to do once and put it on a shelf and say, ‘This is where we’re going for the next five years,’” Hobson said.

The wireless infrastructure industry is poised for the next … END_OF_DOCUMENT_TOKEN_TO_BE_REPLACED