Cellular-satellite start-up UbiquitiLink, which aims to connect regular cellular phones via a netowrk of low-earth-orbit nanosatellites, raised a second round of seed funding this week, snagging $5.2 million and bringing its total raised to $12 million. UbiquitiLink said that the money will speed up development of its commercial service, by funding a series of five space test flights of its technology. It expects to begin testing next month on enabling LTE and 2G connectivity via satellite.

“Our ability to connect satellites directly to mobile phones anywhere on Earth solves a fundamental economic problem that limits coverage in remote areas. It is economically unaffordable to build cell towers on the ground in communities with low population densities,” said Charles Miller, co-founder and CEO of UbiquitiLink. “We are building this solution for the 88 million Americans who live in rural areas and lose coverage at the edge of town,” he added. “We are also building this solution for the 2.5 billion people in the world who don’t have a mobile phone, many because they are not connected where they live and work.”

The second round of seed investment came from Blazar Ventures — which is a founding investor in UbiquitiLink — and investment company Revolution’s “Rise of the Rest” fund.

UbiquitiLink had a successful test of what it’s calling a “cell tower in space” earlier this year, and it said that it will launch a second satellite later this month to test both LTE and 2G GSM connectivity. The company added that it will begin space testing next month and expects to launch operational satellites and begin offering commercial service in 2020.

Interest in aerial and satellite-based cellular connectivity is on the increase, with Sequans announcing earlier this year that it was modifying LTE chips to be used in satellite systems, while Softbank-backed Altaeros made an aerial “cell tower” commercially available in February. Research firm ABI said in a report released earlier this month that global carriers are expected to spend about $20 billion on rural cellular sites this year, and that non-traditional approaches to cellular towers — such as aerial or balloon-based cellular equipment — have the potential to disrupt the market.

In related news, CenturyLink this week highlighted its work with Alphabet’s Loon to provide internet coverage in Peru after a devastating 8.0 earthquake in late May. 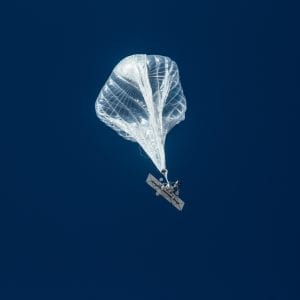 Luis Ladera, data and internet product director at CenturyLink Peru, said in a statement that the company first learned after severe floods in 2017 how important the Loon network was for recovery.

“The recent earthquake was widespread. Being able to set up ground stations and connect the balloons to our internet backbone to reach areas with complete outages meant those most affected had the ability to communicate with loved ones and to have access to critical information,” Ladera added.

CenturyLink holds the experimental E-band license in Peru that Loon relies on for backhaul, the company noted. CenturyLink said that within 48 hour after the earthquake, Loon “was able to connect balloons to the internet backbone using their ground stations and CenturyLink solutions to deliver service.”

“This is the second time balloon-powered internet has connected tens of thousands of people, proving challenges in wireless coverage in areas of disaster can be addressed,” CenturyLink concluded.

The wireless infrastructure industry is poised for the next … END_OF_DOCUMENT_TOKEN_TO_BE_REPLACED