The 5G transport discussion is primarily focused on the role of fiber in delivering on the increased capacity demands associated with next-generation cellular. But fiber comes with some built-in challenges, chief among them cost and availability–fiber isn’t always where operators need it and there isn’t always time or money to get it there. Given U.S. operators’ reliance on millimeter wave small cells to go to market with 5G, perhaps its time to revisit the role of microwave in 5G transport.

In its annual “Ericsson Microwave Outlook” report, the network infrastructure company takes stock of all things microwave in the context of increasing capacity needs over time. At an urban radio site, for example, Ericsson sees the current backhaul capacity need in the range of 150 Mbps to 1 Gpbs. At that same site, those figures jump to 450 Mbps to 10 Gbps in 2022 and, approaching 2025, 600 Mbps to 20 Gbps. This scenario, along with per site capacity needs for suburban and rural deployment is outlined below.

According to the report, as 5G networks scale and mature in the 2023 timeframe, some 40% of backhaul connections will be microwave-based. That projection excludes key mobile markets in the Asia-Pacific region–China, Taiwan, Korea and Japan–where there’s a high level of fiber penetration.

Another projection examined by the report authors is a new backhaul option described as integrated access and backhaul and geared toward dense millimeter wave radio deployments. This concept is being examined by 3GPP for potential inclusion in Release 16 with more interest focused on in-band IAB because “it could provide backhaul without any additional equipment. However, it is also more challenging and requires tight interworking between access and backhaul to avoid interference, both within the radio nodes as well as across the radio network,” the authors wrote. 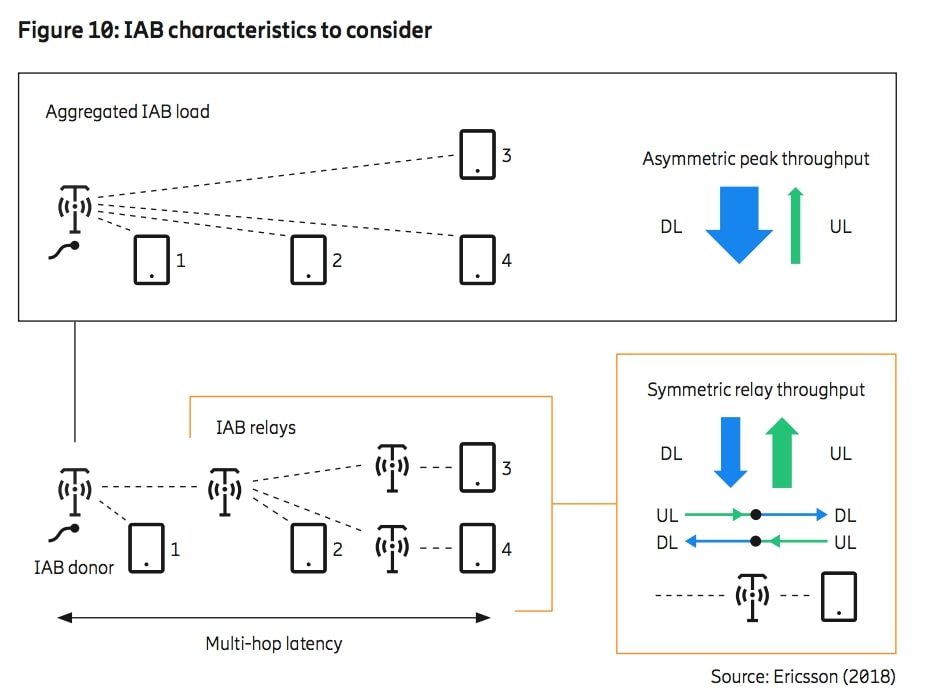 “There’s definitely a focus on deploying fiber as much as possible but fiber can’t be everywhere,” Andre Devillier, Ericsson North America’s director of business development for transport products, explained in an interview with RCR Wireless News. “It’s just not cost-effective to deploy in every location. Microwave is an effective tool to extend an operator’s fiber footprint.”

He continued: “Microwave is a complement to fiber and there’s going to be a different mix of 5G transport mechanisms for each and every operator. We provide a modular, flexible microwave platform that supports many different architectures, and gives operators the high-capacity, high-performance 5G transport options necessary to win the 5G race.”

For further discussion on microwave, and a video interview with Devillier, click here.

The wireless infrastructure industry is poised for the next … END_OF_DOCUMENT_TOKEN_TO_BE_REPLACED