BARCELONA–Ooredoo Qatar this week during Mobile World Congress Barcelona detailed its 5G strategy and announced it will work with network infrastructure vendor Ericsson to deploy some 1,200 next-generation radio sites.

Ooredoo is headquartered in Doha, Qatar, and operates in the Gulf nation as well as in Oman, Kuwait, Iraq, Palestine, North Africa and Southeast Asia serving around 100 million subscribers. The company has branded its 5G offering as a “Supernet.”

During MWC, the carrier said it will work with Ericsson to make its radio footprint in Qatar “5G-ready,” as well as use Ericsson’s 10 Gbps microwave transport solutions, to boost mobile speeds by 100-times as compared to LTE.

To that “mega-events” point, Qatar is hosting the 2022 FIFA World Cup scheduled over about 28 days in November and December. The nation is working to build a number of new stadiums with the largest expected to hold nearly 90,000 fans.

From his tweet: “I am happy that I can join the #Ooredoo #Qatar family & will have the opportunity to work with the team on great #5G experiences for our customers & on the great journey to the #Soccer #World Championships in Qatar in 2022!” 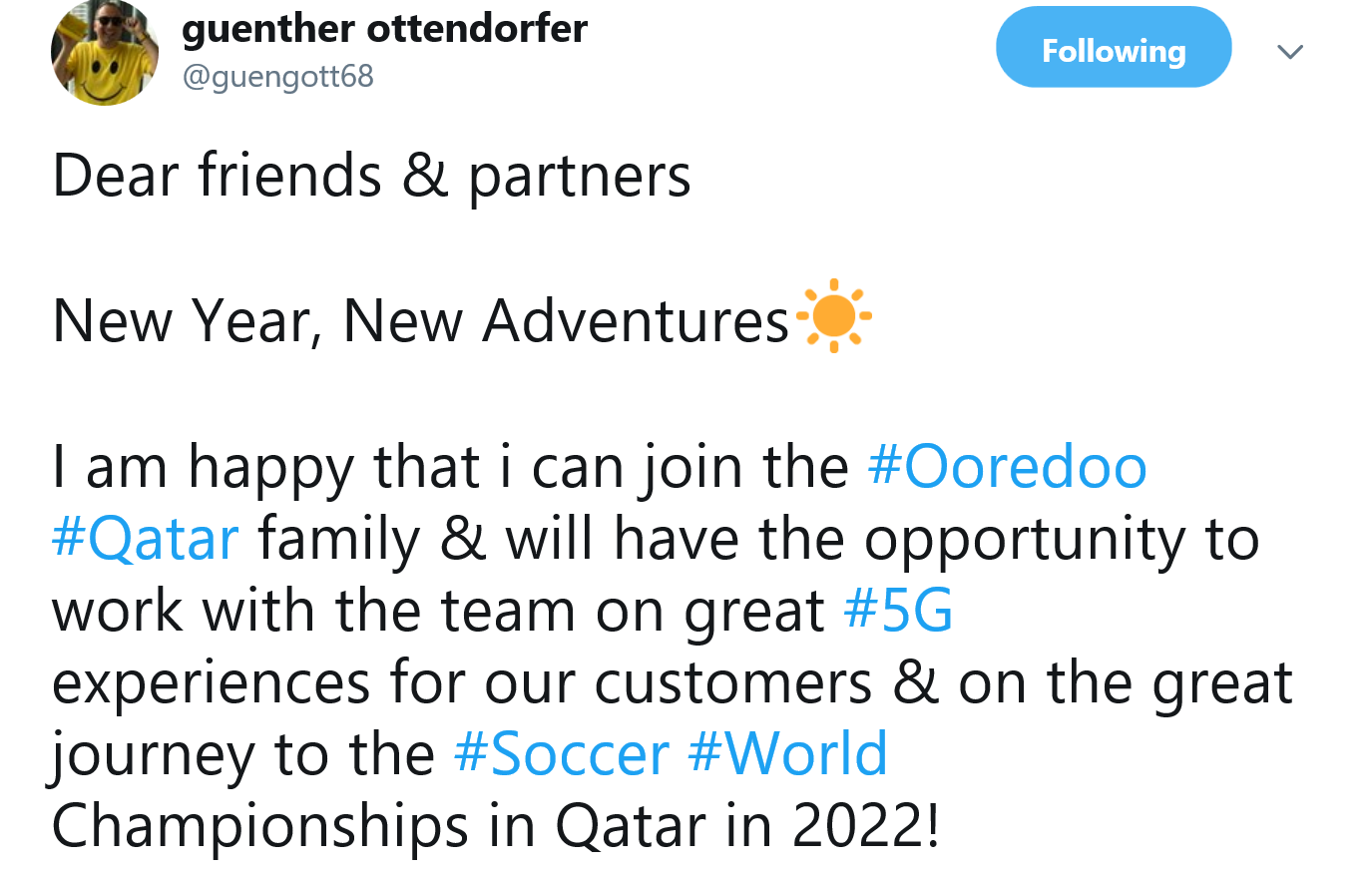 Ooredoo claimed it “became the first operator in the world to launch a live, commercially available 5G network in May 2018,” according to a company press release, although that was prior to the availability of any commercial devices. In January, the company said it completed a 5G call between CPEs in Qatar and Kuwait and observed speeds “of up to 1 Gbps.”

One of the company’s more ambitious 5G-related plans involves a “5G-enabled, self-driving 5G-connected aerial taxi,” which looks similar to a large drone with a passenger compartment. During MWC, the company is demoing the taxi using a VR headset that shows the view above Doha. 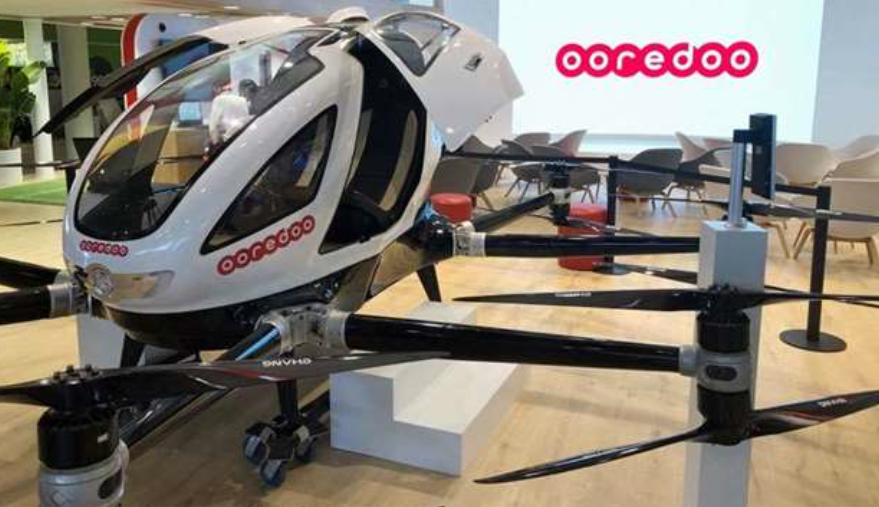 The wireless infrastructure industry is poised for the next … END_OF_DOCUMENT_TOKEN_TO_BE_REPLACED