The Internet of Things (IoT) will connect billions of devices but will require new approaches to wireless connectivity to meet the demands for capacity, coverage and reliability. Industrial IoT is one segment of IoT that is operationally intensive and can be defined as a “business-critical” market. Example applications include shipping ports, mining, oil & gas exploration and delivery, power plants, manufacturing facilities, warehouse facilities, transportation, and more. According to Harbor Research, the wireless IoT opportunity in industrial and business-critical segments could grow to over 750 million connected devices by 2023. These markets will require low latency, high reliability and high security.

MulteFire® is a cellular-based technology that meets the strict demands of these business-critical markets. Since its inception, the MulteFire Alliance has been committed to supporting the common interests of members, developers and users in the application of LTE and next-generation mobile cellular technology – such as 5G New Radio – in configurations that use only unlicensed or shared radio spectrum.

The Alliance will host a MulteFire Open Day in San Jose, California on December 4, to provide an update on deployment traction and technology development. This free event is open to anyone with an interest in MulteFire.

Based on 3GPP specifications, MulteFire delivers LTE-like performance with Wi-Fi-like deployment simplicity. It allows anyone to set-up and manage their own private or neutral host network, as they could with Wi-Fi, while also benefit from high quality LTE services and functionality supporting voice and data IP services locally. The Release 1.0 specification, publicly available to download on the MulteFire website, defines an end-to-end architecture design and radio air interface to deliver key performance advantages. It implements Listen-Before-Talk (LBT) for fair co-existence with other technologies operating in the same band.

The Alliance is working on the Release 1.1 specification that will add further optimizations for IoT, notably support for eMTC and NB-IoT. MulteFire eMTC will support the broadest range of IoT use cases, such as for industrial IoT, with 1.4 MHz carrier bandwidth. MulteFire NB-IoT support is targeted at low power, wide area (LPWA) IoT use cases with 200 kHz carrier bandwidth. 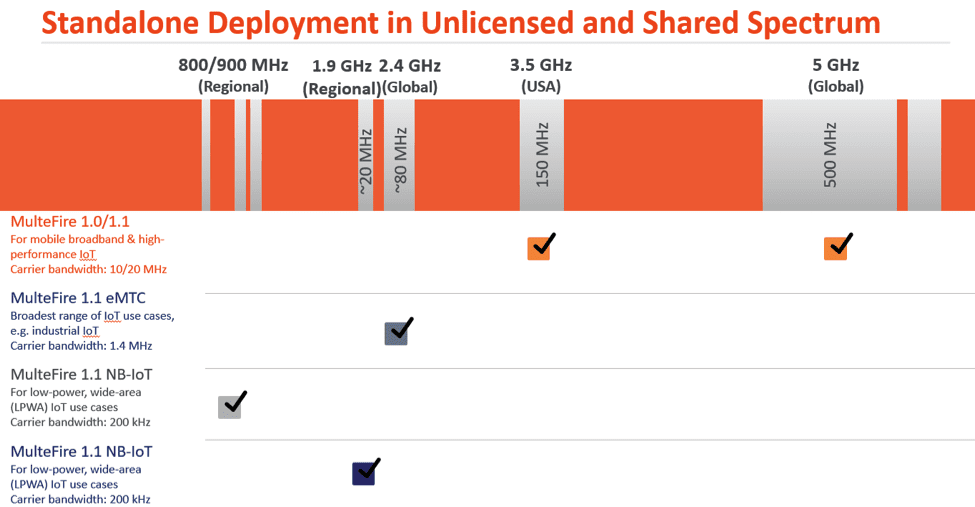 On December 4 at the Hayes Mansion in San Jose, California, the MulteFire Alliance will host its 10th MulteFire Open Day from 2-5pm. Free to attend, the event will feature keynote presentations, a panel discussion, technology demos and reception. Presentations will cover:

For more information on the MulteFire Open Day Bay Area and to reserve your spot at the event, visit the MulteFire Alliance to register.

The wireless infrastructure industry is poised for the next … END_OF_DOCUMENT_TOKEN_TO_BE_REPLACED