Vodafone and Predictable Network Solutions are leading a new Broadband Forum project that focuses on connection quality features including latency and reliability, as part of wired networks’ preparation for 5G.

Broadband Quality Experience Delivered, or Broadband QED, uses the Quality Attenuation framework “to look beyond just data rate and deliver greater insight into quality of experience and application outcomes,” according to Broadband Forum, including aspects of latency, consistency, predictability and reliability. The QA framework is for “capturing, measuring, managing and manipulating the performance aspects of networks, as well as the services they enable,” the Forum added.

Vodafone said it has already trialed QA on various fixed access technologies in its own network, and that it has used it to “identify broadband performance characteristics that ‘traditional’ packet layer performance techniques and tools failed to reveal.”

“As an industry we’ve increased the speed of broadband to one gigabit and beyond, which is a remarkable achievement, but we now have to look beyond speed,” said Gavin Young, head of Vodafone’s Fixed Access Centre of Excellence, in a statement. “Historically, we have looked at data rate and ping time but now, as new applications place more strain on networks, we need to make the network invisible so users don’t even know it is there – we want to get to a place where everything just works. That means we need to improve other aspects of quality such as latency, consistency, predictability and reliability, ultimately moving from a fast network to an invisible network.”

“Our renewed focus on network quality of experience emphasizes Broadband Forum’s commitment to ensuring the whole network – from the cloud central office to the connected home – is prepared for growing technologies and trends such as 5G and proliferation of connected devices,” said Geoff Burke, CMO of Broadband Forum. “Broadband QED is an excellent initiative which marks a significant turning point for broadband as operators begin to turn their attention from speed to other elements of connectivity to create a world-class broadband experience for their customers.”

Young and Burke discuss more in the video below:

–Tektronix has a new president. The company announced this week that Mark Tremblay has succeeded Pat Byrne; Byrne has served as Tektronix president since mid-2014. Byrne will continue to hold his position as senior vice president at parent company Fortive; Tremblay will report directly to him.

Byrne said that Tremblay “has a proven track record of developing highly effective organizations leading to sustained growth” and “will build on our growth and continue to advance the company’s vision to break down the barriers between inspiration and realization of world-changing technologies.” 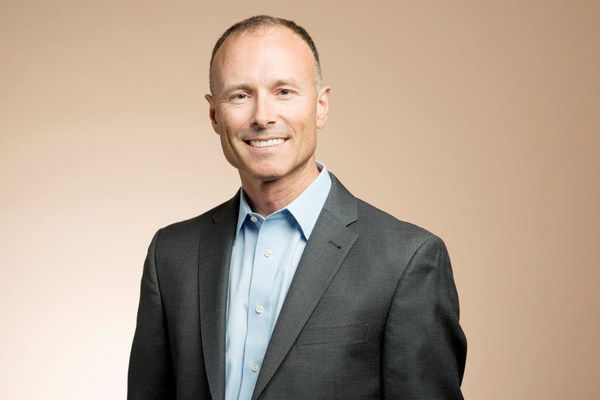 Tremblay, pictured at right, comes to Tektronix from Thermo Fisher Scientific where he held the position of president of the chemical analysis division. He has previously held leadership positions at companies including DigitalGlobe, Z Corporation and Syncline.

–Keysight Technologies is expanding its automotive reach in Japan, with the opening of a new automotive customer center in Nagoya, Japan. The facility is the latest of such centers that Keysight has opened, including in Michigan; Boeblingen, Germany and Shanghai, China. The company said that the new center “underscores Keysight’s commitment to work with and serve customers in local proximity to support innovative technology projects that drive the automotive and energy industries,” and that the facility includes electronic test labs and offers access to technical experts and equipment as well as a customer training facility for hands-on workshops and seminars.

Keysight also said this week that Softbank has chosen its 5G network emulation tools for testing devices for its 5G mobile network, and that it recently signed a new agreement with Chinese fabless semiconductor company Unisoc and 17 other partners centered around development of 5G for industrial use.

-Swedish network test and monitoring company Netrounds has received homegrown support, as it completed a Series A investment round led by Swisscom’s investment arm and a second, unnamed Nordic tech fund that will be disclosed at the end of the first quarter.

Netrounds, which says its solutions are used by around 250 customers around the world, said the funding will be used to expand its global sales operations, strengthen its ability to acquire key talent  and continue to develop and innovate on its solution portfolio.

Pär Lange, investment director at Swisscom Ventures — who will take a seat on Netrounds’ board of directors — said that his company is “excited about the prospect of working with the Netrounds team to take them to the next level of growth and success.”

“The Netrounds team is thrilled to begin working with our new investors as we continue our exciting journey of growth and innovation,” said Mats Nordlund, CEO and co-founder of Netrounds. “This investment round will significantly improve our sales team’s capability to execute on our rapidly growing sales pipeline and to capture global market share.”

–GL Communications has updated its MAPS emulator for IP interfaces. The solution can now emulate up to 5 million subscribers and high-density mobile data traffic of up to 4 Gbps or 40 Gbps, plus high-vlume CS domain RTP traffic, for stress- or loading-testing of 3G/4G networks.

–AEM International said that its TestPro CV100 multi-function cable tester has been approved for certifying cabling systems from providers including Belden, Hitachi, Panduit, Seimon, Hubbell, Paige Datacom Solutions, Signamax and Superior Essex. Harshang Pandya, GM of test and measurement at AEM International, said that 2018 was a “banner year” for AEM’s cable testing instruments business, noting that revenues were up more than 37%.

“For our Test and Measurement division, we gained significant traction with the launch of TestPro in the Unites States and we achieved ETL certification endorsing our multifunction cable tester with the highest Level 2G accuracy,” said Pandya. “As we transitioned into 2019, we knew it was important that we get the world’s leading cable manufacturers to approve our tester for use with their warranty programs.”

-Semiconductor test company Aehr Test Systems announced a new version of its FOX-NP semiconductor test and burn-in system that is designed to be an entry-level offering for companies to do initial product development, qualification and production.

The wireless infrastructure industry is poised for the next … END_OF_DOCUMENT_TOKEN_TO_BE_REPLACED