HONG KONG–While each operator has a different approach based on their particular spectrum portfolio, there’s consensus that delivering commercial 5G, especially using millimeter wave frequencies, will require significant investment in network densification. But how significant?

During its annual 4G/5G Summit, taking place this week at the Kerry Hotel in Hong Kong, Qualcomm executives discussed how they’re working with carriers around the world to examine what sort of 5G coverage can be expected in the 3.5 GHz band–earmarked in the U.S. for shared access and seen as key mid-band 5G spectrum in most other key global markets–as well as with high-capacity millimeter wave frequencies.

Manish Tripathi, senior director of Qualcomm’s Engineering Services Group, explained to a packed house that, based on conversations with operators, “The number one question we would start getting from them would be around coverage. We would take their site databases…and we would take them into our planning tools to understand what if we did a one-to-one 5G deployment? What we see, with 3.5 GHz, is that if you were to do a one-to-one deployment with LTE as it stands today, outdoor is not going to be a challenge.”

As depicted in the graph below, “Indoor, we start seeing that, depending on the density of the underlying network, you might not have full coverage.” 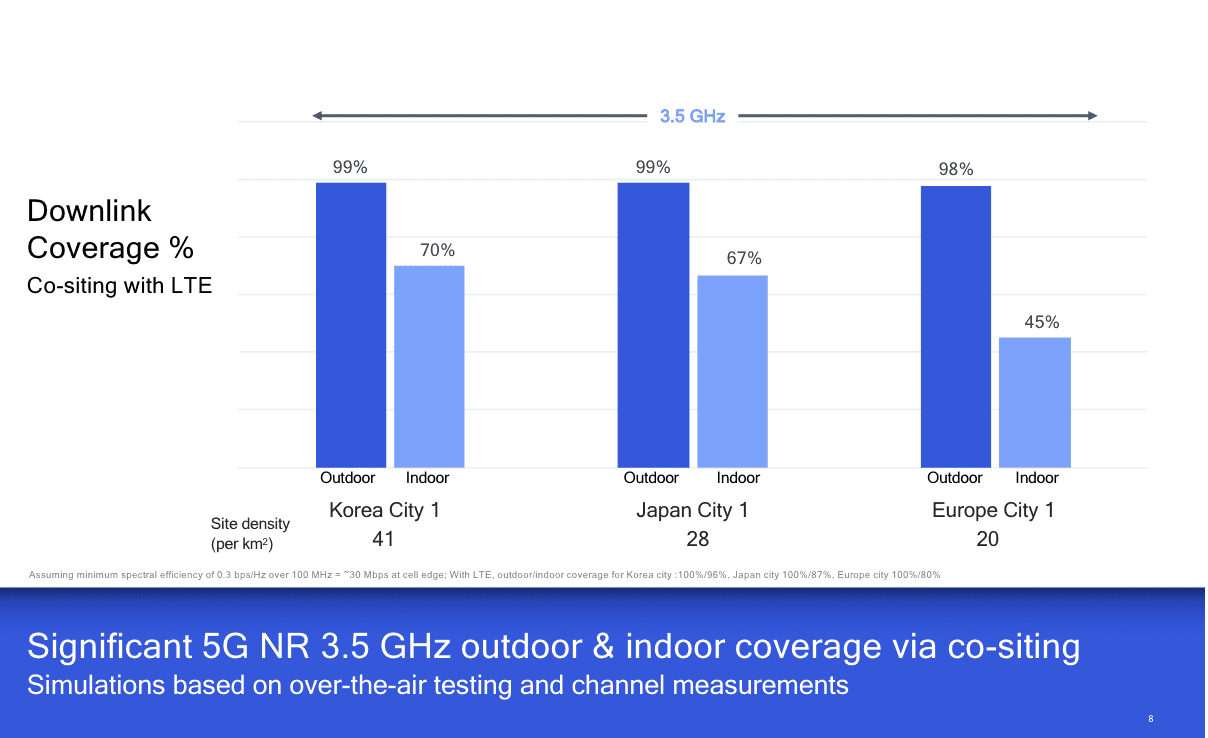 OK, so what about applying this same one-to-one paradigm to millimeter wave frequencies? While not quite as rosy as what we see at 3.5 GHz, still pretty, pretty, pretty good.

At 26 GHz and 28 GHz, the latter of which Verizon is using for its proprietary 5G Home fixed wireless service, co-siting 5G equipment with existing LTE infrastructure delivers 75% outdoor downlink coverage with a “median downlink burst rate” of 2.2 Gbps in U.S. city with network density of 48 small cells per square kilometer.

In the 39 GHz band, which AT&T has tapped for its forthcoming standards-based mobile 5G service, Qualcomm projects 69% outdoor downlink coverage with media burst rate of 1.5 Gbps in a U.S. city with 48 small cells per square kilometer. The graph below depicts a number of iterations of this projection. 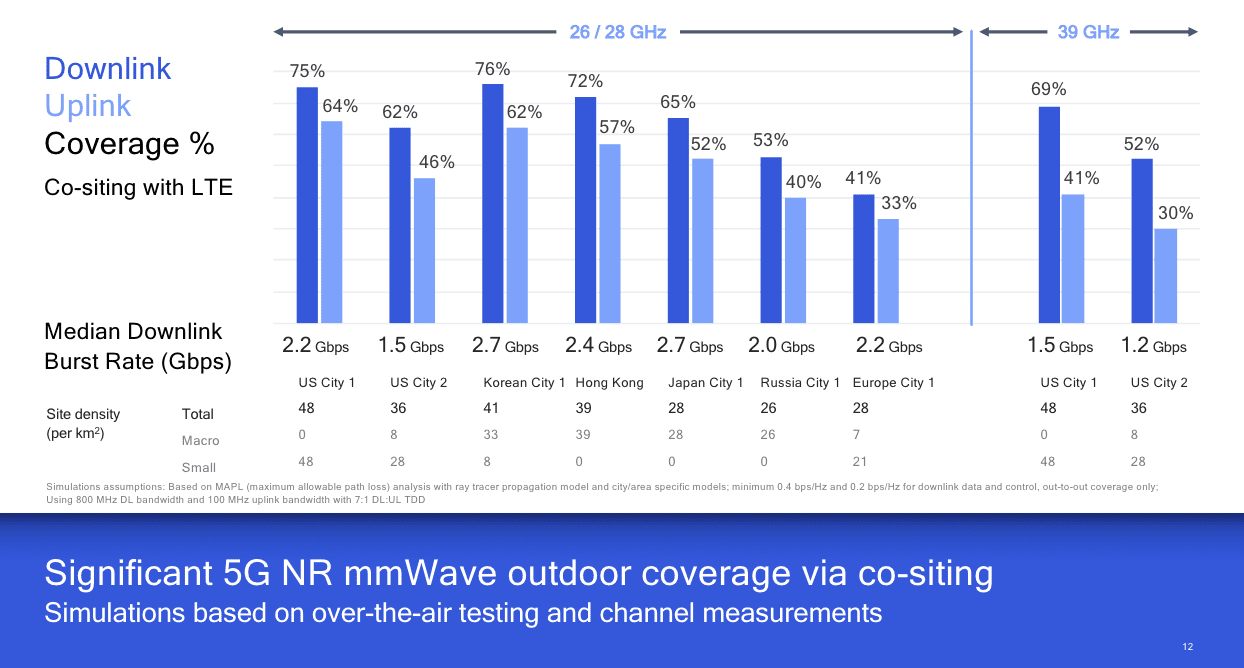 Tripathi said when planning 5G coverage based on millimeter wave frequencies, “It’s going to be very important for us…to understand the environment we are planning the coverage for. We not only get the site configuration…but we also get very accurate terrain maps and all of that for that particular cluster. It’s a very detailed analysis.”

The post What kind of 5G coverage can operators expect? appeared first on RCR Wireless News.

The wireless infrastructure industry is poised for the next … END_OF_DOCUMENT_TOKEN_TO_BE_REPLACED