Hurricane Michael caused widespread devastation when it made landfall near Mexico Beach in the Florida Panhandle as a Category 4 hurricane on Oct. 10. While authorities are still assessing damage and expect the death toll, currently at 18 according to a CNN report from Oct. 13, the big four U.S. carriers are working on network recovery operations to support first responder and public safety officials, as well as restore cellular to consumers in the hard-hit area.

Verizon’s network recovery efforts are marked by what the carrier described as “unprecedented” damage to its fiber network in impacted Florida communities. On Oct. 15, Verizon reps wrote in an update that 99% of the Georgia network was in service and 98% of the Florida network was operational. “We continue to focus with urgency on restoration efforts in the hardest hit areas of Panama City, Panama City Beach and the surrounding communities.”

Verizon set up a “Wireless Emergency Communications Center” at its Panama City retail location, 411A E 23rd St., and has a satellite-connected cell site available, as well as charging station, from 10 a.m. to 5 p.m. 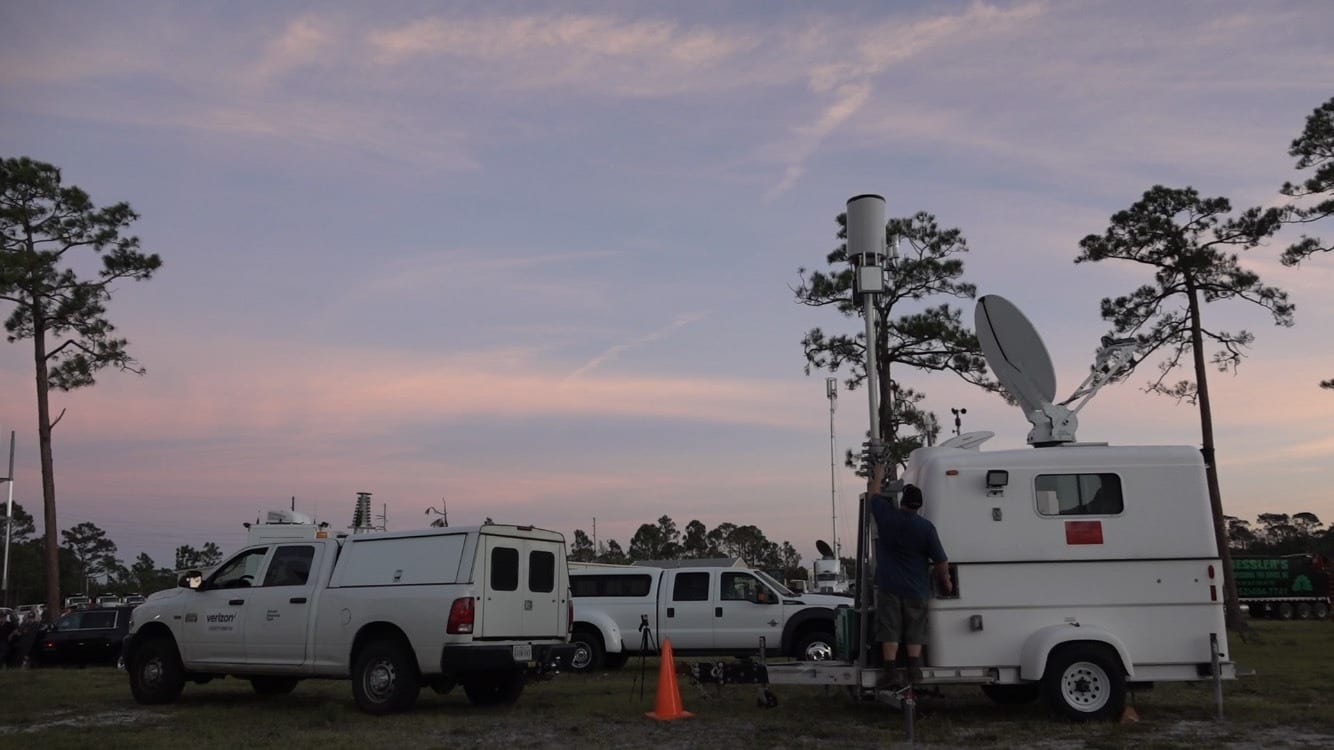 In an Oct. 13, AT&T said, “Overall our network is performing well and nearly fully restored in most affected areas. Our teams continue to work to repair and restore service, and deploy additional recovery equipment and portable cell sites (COLTs) to support customers and first responders. We are moving quickly to keep our customers, FirstNet subscribers and public safety agencies connected as they work to keep our communities safe.” 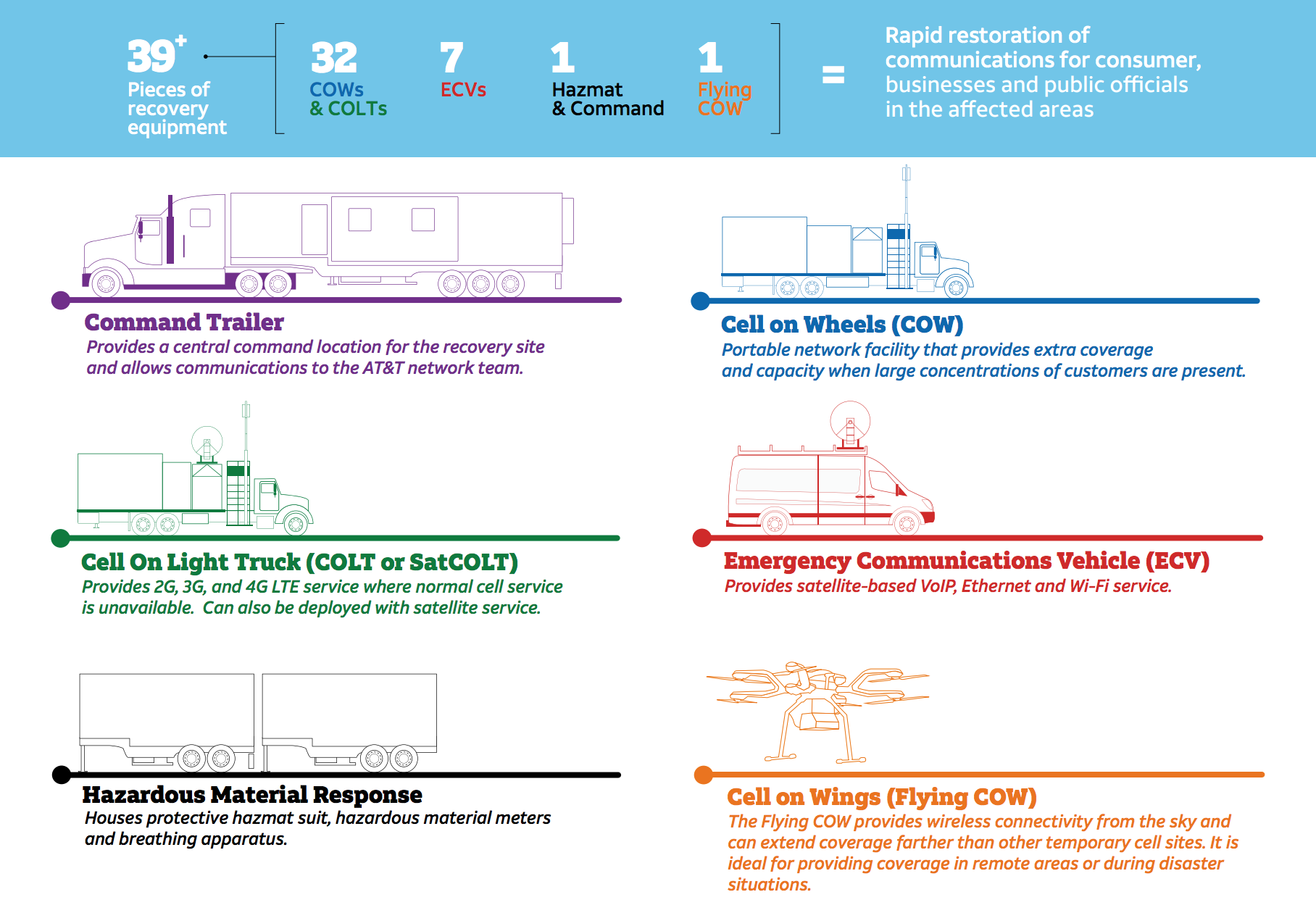 Ahead of Hurricane Michael, Sprint activated emergency response personnel and began “operational readiness checks”of generators, as well as staged fuel distribution equipment. The company also said it had cells-on-wheels, cells-on-light-trucks, and satellite-connected COLTs on hand, and was prepping charging stations.

On Oct. 12, T-Mobile US said sites in North Carolina and Georgia “are almost fully recovered” and full network recovery in Virginia was expected “within 24-48 hours.” In the parts of Florida impacted, “particularly areas such as Panama City, Quincy, Marianna and Mars Hill where power and fiber transport outages are widespread, will likely experience a longer recovery timeline,” according to the company.

Image courtesy of T-Mobile US.

The wireless infrastructure industry is poised for the next … END_OF_DOCUMENT_TOKEN_TO_BE_REPLACED