The booming of IoT is involving more and more vertical industries. The applications are gradually being diversified and differential: 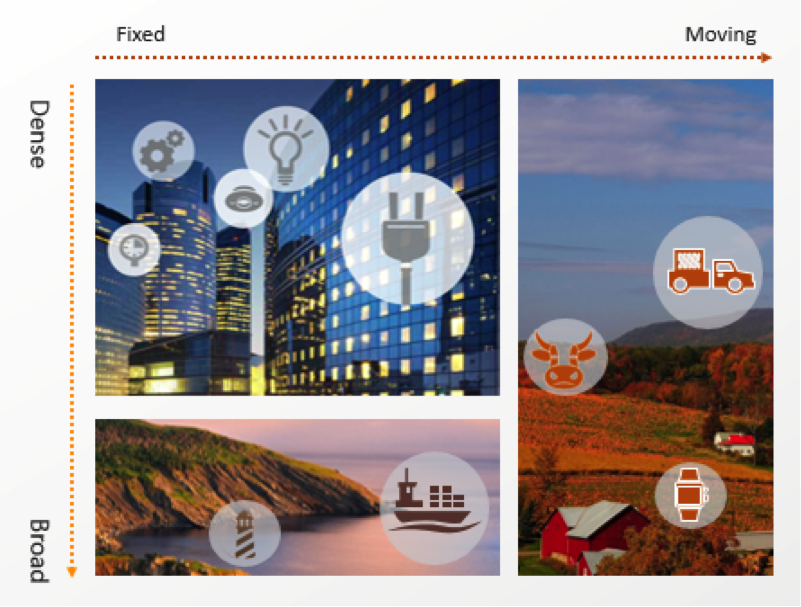 With the increase of IoT deployment, the coverage for the whole country is expected to be built in a short time, but WiFi and Lora can’t. At the same time, operators have officially shut down 2G networks in Japan, South Korea, the United States, Singapore and other countries or regions. The 2G-based IoT applications are gradually shrinking.

Based on licensed spectrum, the commercial network can provide IoT connectivity quickly over NB-IoT, through software upgrades. In the future, NB-IoT can also provide LPWA services to 5G users simultaneously. So it has received widespread attention from operators.

In addition, NB-IoT based applications are booming. For example, in China, the three major operators are accelerating the cooperation with different vertical industries in 2018. Besides smart meter services, there were many new NB-IoT applications introduced, such as smart fire detection, home appliance sharing, and smart management of electric bicycle. The deployment scale of single application in one specific area was more than 100,000. Simultaneously, different applications are distributed in one area in decentralized mode, which urges the improvement of NB-IoT network performance.

With involving of vertical industries, there are many diversified NB-IoT applications being developed. That calls for new requirements of the NB-IoT network. For example, in smart logistics scenario, it is necessary for the tracking of trucks, the monitoring of goods, etc. So positioning, high data rate and mobility are required in the NB-IoT network.

Therefore, ZTE is actively cooperating with chip manufacturers. At the end of 2017, ZTE firstly completed the verification of R14-based data rate enhancement (including larger TBS and dual HARQ) in the industry, with MediaTek. The maximum data rate per single user was 158kbps in the uplink, and 103kbps in the downlink. Based on it, the network can support big data services such as location reporting and software upgrading of terminals, which will push the GPRS based IoT applications been totally replaced.

Additionally, by the end of 2018, relying on the strong technical strength, ZTE has completed the field verification of all the functions just mentioned within two months in Tianjin. And in the high speed scenario (120km/h), the NB-IoT service was still working, which makes smart logistics and smart traffic possible.

With the expansion of the NB-IoT application scale, kinds of applications will be increased explosively in one region. It urges to build a powerful NB-IoT network performance.

In February 2018, ZTE firstly completed the verification of the R14 multi-carrier enhancement function in the industry, to meet the major requirements of the capacity. After that, working with vertical applications’ partners together, ZTE made the deep research on NB-IoT high traffic models and performance.

And in air-conditioner sharing case of University of Shanghai for Science and Technology, cooperating with Haier, ZTE provided a perfect solution to support 400 concurrency services with high traffic. And it improved the customer satisfaction efficiently and is fit for the services of lower latency and more concentrated initiating.

In September of the same year, ZTE and the members of the HomeHH Appliances Sharing Alliance firstly released the NB-IoT based air-conditioner sharing standard in the industry.

On the other hand, NB-IoT technology is being widely used in agriculture, mining, etc., which is covering a wide area such as grasslands, deserts and oceans. ZTE NB-IoT innovative Ultra-coverage Solution has the capability of coverage radius of 100km, without modification on terminals. So the NB-IoT applications can be deployed in more scenarios.

ZTE is the main author of “IoT Network Performance Evaluation White Paper”, which will be released at GTI in February 2019. The NB-IoT network performance evaluation method researched by ZTE will be shared with the industry.

In ZTE measurement reporting solution, the NRSRP (NB-IoT reference signal received power) can be estimated accurately (the error range is less than 2dB), and the full measurement reports can be sent through the northbound interface. This realized the primary management of the massive connectivity.

Now, ZTE is working with operators to build a NB-IoT network performance evaluation system including the sensor layer, the network layer and the service layer, for the intelligent operation and maintenance for NB-IoT network.

With the continuous expansion of the commercial scale, the NB-IoT services are getting more prosperous. Based on rich experience accumulation in NB-IoT, ZTE is working with operators and partners, to build high-quality NB-IoT networks, promote the standardization and widespread use of NB-IoT applications and forge a prosper ecosystem.

The wireless infrastructure industry is poised for the next … END_OF_DOCUMENT_TOKEN_TO_BE_REPLACED