Michigan State University said this week that it is turning its campus into a “connected ecosystem,” with the aim of supporting connected and autonomous vehicle development and better understanding the human element of mobile technology.

The 5,200-acre East Lansing campus has been divided into five geographic zones by features: a “rural” area, an “industrial” area, two areas that mimic the suburbs and another section considered an “urban” part of campus. MSU said that most of the technology deployment is already complete, and that its “controlled infrastructure and active campus make it ideal to test emerging technologies for new mobility solutions” — which it said could include 5G, first mile/last mile transport and testing of automated and connected vehicle systems.

In addition to the technology focus, one of the major aims of the effort is to focus on sociomobility, which MSU defined as “understanding individual and societal effects” of mobile technologies. MSU researchers have are working on vehicle sensors and “multi-modal sensor fusion” as part of its Connected and Autonomous Networked Vehicles for Active Safety (CANVAS), which the university described as using “radars, lidars, cameras and advanced algorithms … to create ‘super-human’ artificial intelligence for autonomous driving in four seasons of weather.”

“MSU’s campus is unrivaled in scope, size and diverse mobility environments, providing an ideal testing ground and validation site. Studying mobility on football or basketball game days, for example, will provide great insights on solutions for safely and efficiently navigating through densely crowded areas,” said Leo Kempel, dean of MSU’s College of Engineering, in a statement. “In addition to using campus as an ecosystem for research and development of technologies, we are looking to develop the future of human-centric, multi-modal mobility.”

–Viavi Solutions launched what it says is the first 5G network core emulator that complies with 3GPP standards, its TeraVM 5G Core Emulator, to provide network engineers with an always-available emulated 5G network core to test and validate end-to-end 5G implementations. Viavi said the emulator can be configured to support either Standalone or Non-Standalone versions of 5G, as well as support for internet of things networks and 2G, 3G and 4G RAN architectures.

“Equipment manufacturers and service providers alike have made substantial investments in 5G. Their commercial success or failure will hinge on rigorous test, validation, monitoring and assurance, from R&D development through deployment, activation and operation,” said Ian Langley, VP and GM of Viavi’s wireless business.”

The new 5G core emulation solution, he added, “enhances our complete RANtoCore offering and proves yet again that Viavi is at the forefront of the evolution to 5G.”

–Anritsu has added a new model of its handheld field analyzer for detecting passive intermodulation — this time with support for 600 MHz spectrum, which T-Mobile US is deploying nationwide. The PIM Master MW82119B-0600 model measures PIM generated by IM3 and IM5 products, Anritsu said, and it has a built-in second receiver port at 1900 MHz to measure PIM that is generated by third-harmonic products that fall in that band.

–Kaelus launched a new PIM finder this week, aimed at helping to detect external PIM that is generated 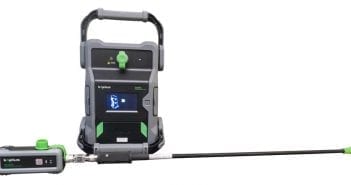 outside antenna infrastructure by sources such as cables brackets, loose mounting and others.

–Rootmetrics, in its latest testing of the Las Vegas market, crowned AT&T the winning network there in a close competition: AT&T won one category outright and tied for the top spot in the other five. Interestingly, though, Sprint had the fastest median download speed among the four national carriers at 32.4 Mbps, which Rootmetrics said was “a notable increase since its previous median download speed measurement of 18.8 Mbps.” AT&T, meanwhile, increased its own median download speed from 16.9 Mbps to 24.4 Mbps.

–Infovista released a new version of its TEMS Investigation solution that supports 5G network planning. The company said that its TEMS network testing software can now be used with commercial 5G New Radio scanner receivers (such as those from PCTel), and that it “has been testing this solution in the field, in a number of 5G NR network trials with Tier 1 operators and with several global infrastructure suppliers.” The equipment has been used together with Infovista Planet, Infovista said, in order to accurately tune 5G NR propagation models in both sub-6 GHz and mmWave bands.

–Ametek has acquired two new IoT-related additions to its Electronic Instruments group: Telular, which focuses on logistics management and tank monitoring, and Forza Silicon, which designs and produces high-performance imaging sensors for a range of applications. Ametek spent about $565 million on the two acquisitions, which were completed this week.

The wireless infrastructure industry is poised for the next … END_OF_DOCUMENT_TOKEN_TO_BE_REPLACED